It is already so difficult for survivors of sexual assault to speak up about or report their trauma. Sexual violence already has an intrinsic psychological characteristic of silencing victim's about assault. Additionally, survivors may dread the common "victim blaming" that so many survivors endure when they finally get the courage to raise their voices about assault. Lastly, not all survivors have a support system that they can count on to be there for them when they finally do report assault. Unfortunately for victims, Secretary of Education, Betsy DeVos, is not going to make the reporting process any easier.

DeVos will be proposing changes to federal policy that will increase the protection of those accused of sexual abuse and assault on college campuses. This new policy will reduce the liability of schools, while also making it more difficult for survivors of sexual assault to report sexual violence. Currently, guidelines state that schools should adopt the "preponderance of the evidence" approach, which means one would need just over 50% likelihood of guilt to prove sexual misconduct. Additionally, under the current guidelines, victims and abusers are not allowed to be cross-examined by each other because it can exacerbate the trauma of the victim. DeVos is putting an end to these rules.

DeVos's new rules would change the definition of sexual harassment on campuses and would raise legal standards for proving mishandling of sexual assault cases on campus. According to the New York Times, "The new rules would define sexual harassment to mean 'unwelcome conduct on the basis of sex that is so severe, pervasive and objectively offensive that it denies a person access to the school’s education program or activity.'" Additionally, "The new rules would require that institutions only be held legally responsible for investigating formal complaints and responding to reports that school officials have “actual knowledge” of happening. A formal complaint is one made to “an official who has the authority to institute corrective measures,” not, for instance, a residential adviser in a dormitory."

It has always been difficult for sexual assault and abuse victims to be heard and effectively responded to on campuses. These new rules make it easier for the abuser to avoid accountability and harder for victims to receive protection and justice. In the era of the #MeToo movement, these rules seem like a large set back in our progress. This is why outside resources and help are more important than ever. We need to give survivors increased chances to voice their assault and take power away from abusers and victim blamers. MapYourVoice is becoming increasingly more important to survivors, to give them the chance to voice their trauma without the fear of being blamed or not believed. We are here to support survivors and give them a safe and anonymous space to make their voices heard. 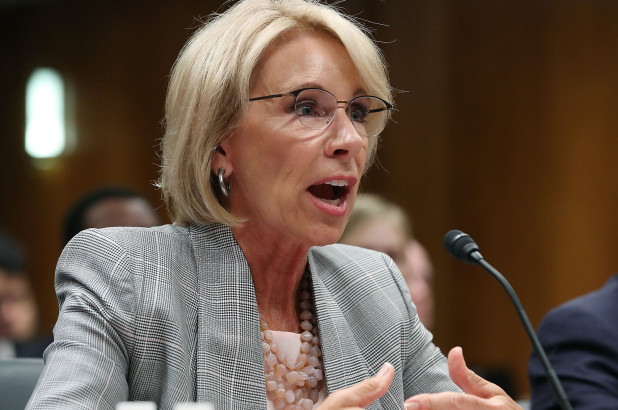